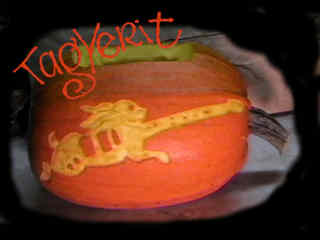 This series shows Flo's guitar in a new incarnation. It's not playable. You'll note that in the 3rd and 4th pictures, I've added a cord between the guitar and amp, but alas - the bunnies eye is missing. ... 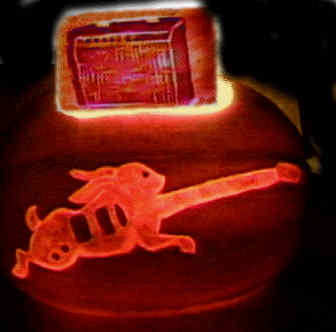 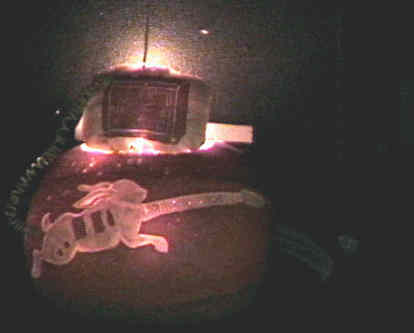 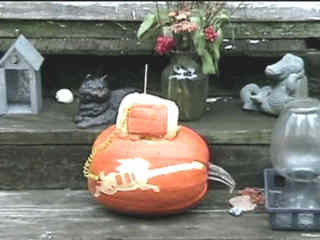 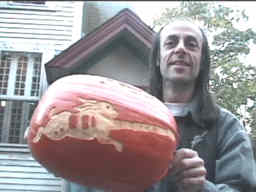 Harry Potter Reaches for the Snitch

By now, the world knows that Harry Potter is a student at Hogwarts for his witch studies. We carved this by request. It seemed appropriate to show Harry at his favorite activity during this most important time of year. 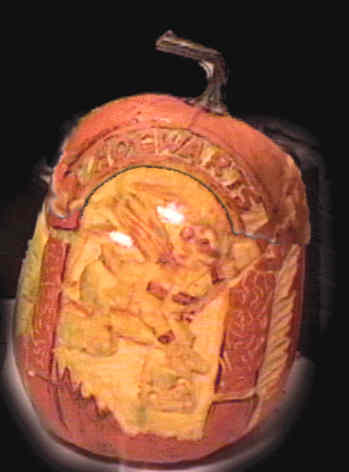 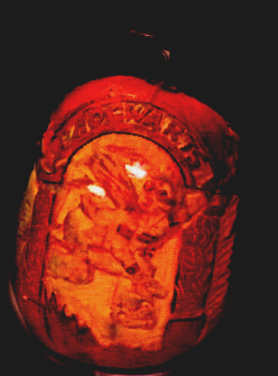 Sorry about pic quality. I was between cameras

The Pumpkin Tiffany of 1999 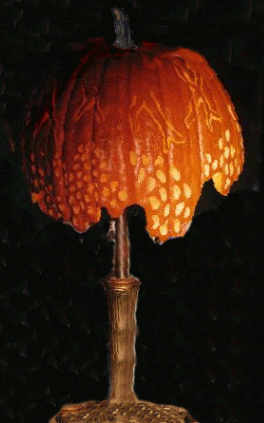 This lamp was inspired by Tiffany's Wisteria Lamp. To make the shade, the bottom was discarded and the top became the lamp shade. The stem, not visible here was a great lamp finial. I wrapped simple white x-mas type lights around the inside top, for just the right glow. 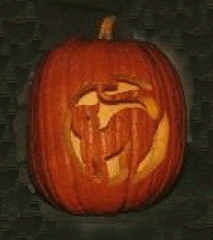 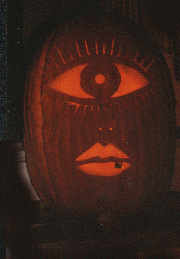 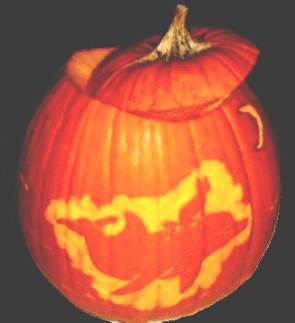 The "cat on dolphin" silhouette was inspired by someone who had the chance to swim with dolphins in Israel. Shot with a digital camera, I have made a feeble attempt to simulate the effect of the candle glow. 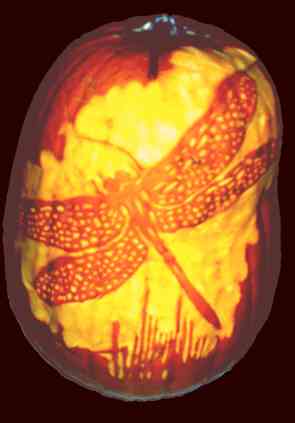 The dragonfly proved to be a wonderful study for a pumpkin carving. The lacy winged pattern really played with the light. Even after the pumpkin had rotted, it looked like the dragonfly was ready to lift off. 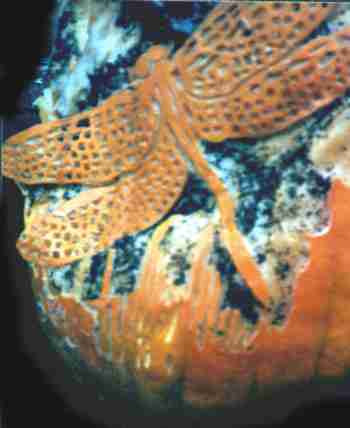 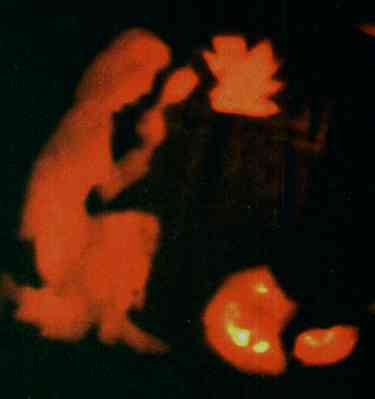 Here's Flo explores a fictitious Nancy Drew story, "The Case of the Smashed Pumpkin" in silhouette. Notice, that the contrast on the photo eliminated all traces of the original pumpkin except for the glowing silhouette. 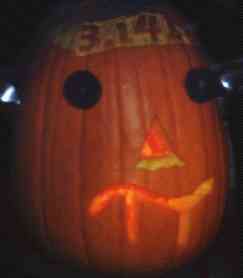 Last October we held a birthday party for a friend, and the major activity was carving pumpkins. One group of partiers decided to memorialize the occasion by offering their own "Pumpkin Pie". This included a few bottle corks for eyes as well as fork and spoon for ears. A little mathematics and this guy became a 'little long on the tooth'. We even gave him a headband! 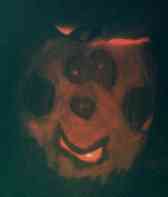 A drawing by 4 year old Grace, inspired this kooky character. 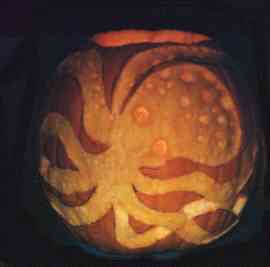