Tom McClung: On Both Sides of the Atlantic 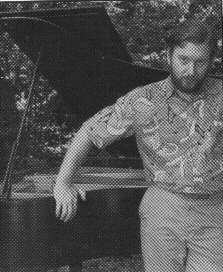 Currently at home in Paris, McClung leads his own trio, works with Stephen McCraven’s latest ensemble, “Black Studies”, and is active as a freelancer in clubs and concerts throughout Europe.

Born in New York in 1957 and later moving to western Massachusetts, McClung quickly established himself as an important force in the New England music scene. His sensitivity and musicianship keeps him in-demand as a sideman for a wide variety of bands, as well as accompanist for the region’s leading vocalists. Visiting artists such as Bobby McFerrin, Aaron Neville, James Cotton and Bo Diddley would call on McClung when they were in town.

A prolific composer, McClung also led his own band, showcasing his original music and arrangements. He has written and performed music for films, video, dance and theatre. In 1991 he released his first CD as a leader, “Locolypso” (Paraphone 104), receiving wide critical acclaim.

As word of McClung’s talent started to spread, musical luminaries such as Marion Brown, Yusef Lateef, and Archie Shepp began to take notice and employed him for concerts, tours and recordings. Soon he was on the international stage, playing festivals and concerts in Europe, Australia, South America, and throughout the United States.

McClung has also been active as a music educator, teaching classes in theory and improvisation at Amherst College and at the University of Massachusetts, having many private students, and conducting master classes and workshops internationally.

In 1993 McClung began a musical association with the world renowned drummer Stephen McCraven - known for his work with Archie Shepp, Sam Rivers, Marion Brown, amongst others. The fruits of their collaboration can be heard on McCraven’s last two CD’s, “Song of the Forest Boogaraboo” (1994) - featuring Archie Shepp; and “Bosco” (1996) featuring Archie Shepp and Arthur Blythe; and McClung’s own “The Telling” (1997) with Nat Reeves on bass.

"an album that shines with energy and bristles with intensity ... varied ethnic flavors ... obvious synergy created when this trio plays together ... a very satisfying listening experience. ...this is not cocktail music. McCraven drives the band at an unrelenting pace; Reeves and McClung are right there with him, digging the ground he provides for them to fly over.
I particularly like this arrangement (Nature Boy) which begins with an intriguing reharmonization and settles into a medium samba-like groove. McCraven's brushwork is superb. The energy of the disc remains high, even through slow ballads. ... "Benyayer" a groove over a motif derived from some Turkish mode (great bass work) ... "Six for Steve", a syncopated 4+2 ostinato where McClung and McCraven unleash their fiery chops. A fine risk-taking new work."
Review by Carlos Zamolla (Green Mountain Messenger Feb. 1998) 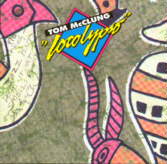 This page hosted by TagYerit. We think of our music as quirky pop. Tom always insisted that it's pop with a jazz point of view. We miss you Tom!