Here's the artwork that appears on TagYerit's CDs: 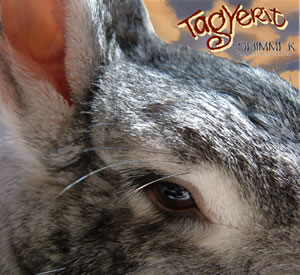 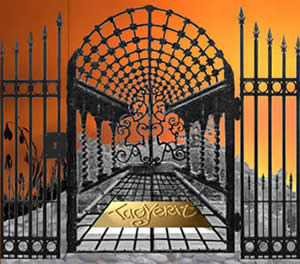 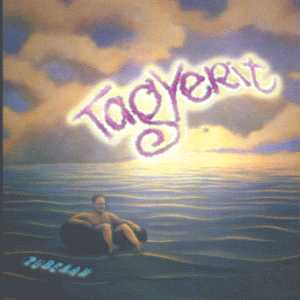 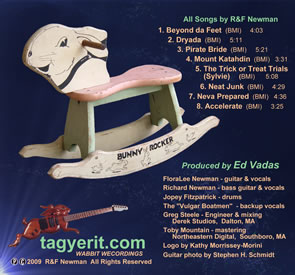 TagYerit's 4th CD is named after one of our pet bunnies Shimmer. But we needed a quality closeup photograph so we used our bunny Meranda as a stand in, since her fur shimmered in the light for this portrait. The back cover includes a child's rocker from the mid 1900s that's appropriately named "Bunny Rocker" and we thought, "Hey that's us!" And of course, there's the photo of the rabbit guitar which Flo plays on all of the tunes. Yes, it's a real guitar! (Notice a theme here?)

For TagYerit's 3rd recording project, we decided to manufacture on demand. The CDs were pressed and we designed the cover to print on standard 11"x17" cardstock. We wanted to eliminate as much plastic as we could and keep waste to a minimum. This time, we designed the CD cover ourselves, using the skills we learned from the talented artist and graphic designers who helped us on our first projects. 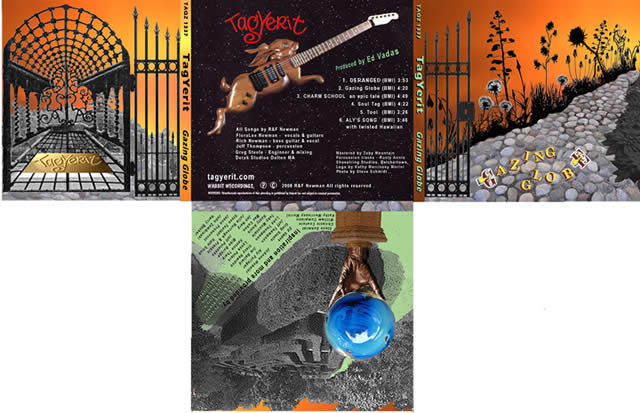 Here's the layout as it appeared on 11" x 17" cardstock. The reverse side not shown, has the lyrics in black & white. We also had business cards and postcards placed where you see the white space to minimize the waste. Trying to be ecologically minded is not as easy as it sounds. None of the local copy shops were able to find quality recycled card stock on 11"x17" size. 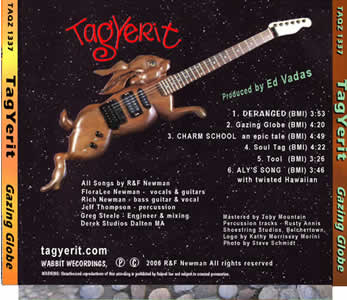 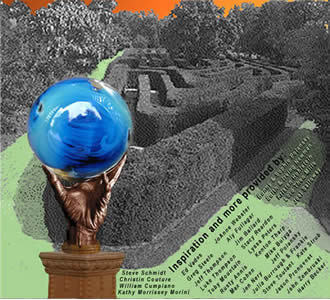 The Bottom Panel
The hand which looks 3 dimensional in this picture is adapted from a drawing done by MC Escher, though we've replaced his gazing globe with one of the amazing blown glass "planets" of Josh Simpson 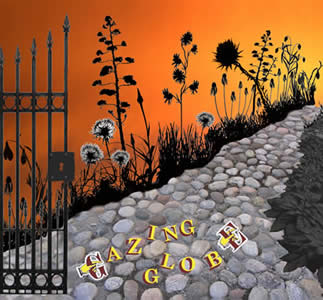 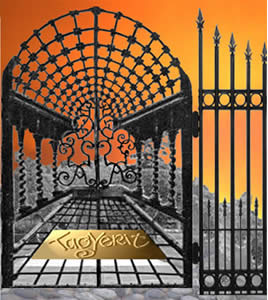 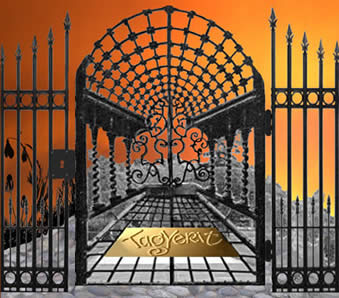 But here's what you see when the gate's closed

When Christin Couture had a gallery show featuring her Tubeman series, it inspired songwriters Rich and Flo to write the title song for their second CD Tubeman. The "expansive seas with the relaxed figures adrift" fired their imaginations. The challenge was to duplicate the same perplexing conflicts created by the painted scenes. Can one live in a state of reckless abandon and still attain a condition of fulfillment? Having succeeded in writing a song with no more answers than the painting offers, it was only natural that we asked Christin, the original source of inspiration, to collaborate on the CD art. 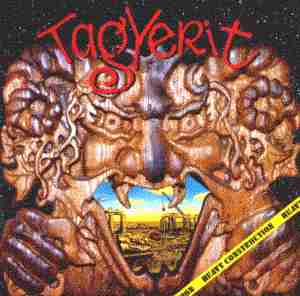 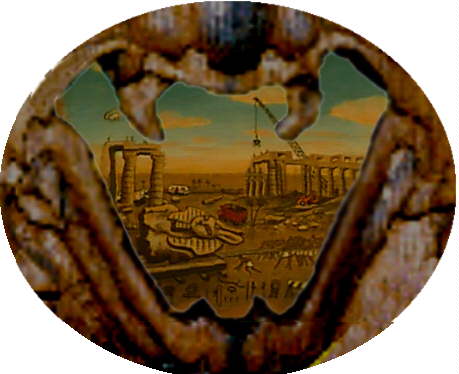 When we enlisted the help of artist Christin Couture for our first CD Heavy Construction, we already knew that we would be using the photo of the oak gargoyle that we had carved for another project. It was something we had made that we were proud of, and it was the perfect shape AND we already had the photo. (Little did it occur to us, that combining this particular gothic image along with the title "Heavy Construction" would give the unwary consumer the impression that we could be a heavy metal band.)

Christin's challenge was to create a world within the mouth of our gargoyle; a construction site from another time and place. Due to her understanding of our natures, she was able to capture the essence of a dream that Flo and I might have had.

All other artwork by Rich & Flo Newman. We've used Photoshop, Macromedia Fireworks and other 3rd party graphics software. Basically, anything we can get our hands on at the moment of need.

Sources of original photographs used in collages are unknown.